OR
Send
Your Share has been sent
Favorite
Photos
Map
Prices are changing. Get a free home estimate     Find out now

This is a very rare opportunity to own one of approximately 10 original homes that remain in Brush Park, one of the Citys oldest neighborhoods. This picturesque Victorian Landmark with deep-seated history was built in 1879 and features striking period architectural details with modern accommodations. This spectacular manor features ornate wood fireplace mantles, hardwoods throughout, and renaissance-style coffered ceiling beams, while the facade is heavily adorned with gothic style flourishes and a quintessential victorian tower and sits on .58 acres with no surrounding nearby neighboring homes. The current owner spent over a year updating and restoring the home to the impeccable condition you see today. Unlike some homes from this period, this home features modern amenities such as high-velocity HVAC, boiler, water heater, plumbing, electrical panels, wiring, and a new roof. In addition, the central kitchen was updated in 2015, while all other kitchens and bathrooms were updated more recently in 2021. This is just a short list of the many renovations completed. The home was originally built by a ship chandler named James P Donaldson. Then in 1893, David C. Whitney, son of millionaire David Whitney Jr., who made his fortune as a lumber baron, purchased this stellar home. He hired a famed architect, Gordon W. Lloyd, to expand and remodel the structure to its now Queen Anne style. As Detroit changed, so did 82 Alfred Street. The home's then owner, Jeanette Davies, turned it into a boarding house to accommodate the influx of automobile industry workers pouring into Detroit in the 1920s. It remained as such until the 1940s. Over the many years, this architectural gem became dilapidated, and the Carriage House had wholly caved in. Thankfully the current owner found this home as a labor of love and brought it back to life. Having withstood the test of time, this is a once-in-a-lifetime opportunity to own a piece of history in Detroit.
School District: Detroit

The amounts for the Tax, Insurance, and HOA are estimates and not actual amounts.

Schedule a showing today with Keith Roberts to tour this property and review the listing in detail.

What video chat apps would you prefer to use?
(Optional)

You can keep private notes about the property here.
Write one now! 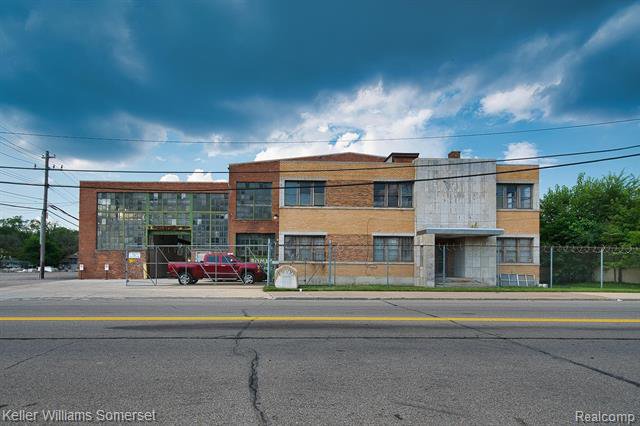 Receive Updates on the Newest Listings
(Prices and inventory current as of December 10, 2022)

See local market activity affecting the value of
your home & maximize your investment.

We just need your phone number to finish creating your account.

To continue searching, you must agree to the Terms of Use.

For the best experience, please provide your cell phone number and select accept below to opt-in to our Terms & Conditions and Privacy Policy to begin receiving text and voice communications.